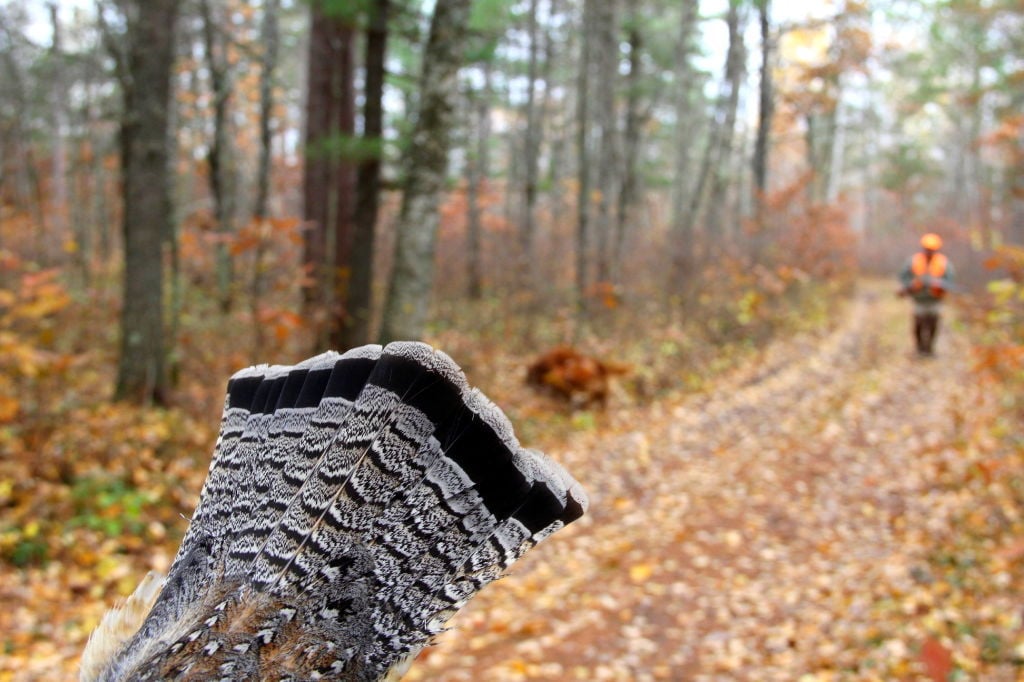 There is no game bird that flies anywhere on this continent to be compared with the ruffed grouse—particularly the ruffed grouse of late fall or early winter. Of course, the ruffed grouse is a noble bird, no matter where you find him. But he suits the New England country well and that country suits him. He is in his element there, and the sportsman who brings him fairly to bag must be something more than a tyro.

It matters not whether he is found on the hillside, in the big woods, in thick swampland, he is always the same wary fellow—keen of sight and hearing, and swift of the wing. To get him, the sportsman must be alert, otherwise, he will be away with a whirr! before the gun can be brought to bear on him. In spite of his great cunning, he will lie fairly well to the point of a good setter or pointer. But the bird dog which can fairly be regarded as a ruffed grouse dog must have a genius for his work. And this genius must be carefully cultivated and developed.

No slashing dog of field trial class can cope with this bird. Such a dog will do for quail in an open country. But in the thickets and other places frequented by the ruffed grouse he would start an alarm long before he touched the foot scent of this royal bird of New England. The bevy of quail, feeding in the open or sunning themselves in the sedge, have little fear of the galloping dog. These birds will crouch in the tall grass or underbrush and trust that they will not be discovered. Not so with the lordly ruffed grouse.

He takes alarm quickly and runs away—prepared to take wing when further disturbed by an approaching dog. And he usually starts his flights just out of reach of the sportsman’s gun. And so it often happens that the sportsman who goes out for ruffed grouse comes home with an empty bag, although he may have seen quite a goodly number of the birds he sought, on the wing.

The dog which can point ruffed grouse in November or December must have a temperament that fits him for this particular work. It is the steady, strong-going setter or pointer, which hunts far ahead, without nosing the ground for the foot scent, that is likely to get a point on one of these birds. The high-headed dog is desirable for hunting all manner of game birds, but for the ruffed grouse that style of hunting is a necessity. The dog which looks under his feet for this bird will not find him. He may get a taste of the bird’s trail, but before he comes within reach of the body scent, the bird will be whirring away at terrific speed.

And what a prize the sportsman has, to be sure, when he kills one of these wary birds over a point! There are more thrills in such a point and such a kill than are furnished by a dozen quails killed over points. And they last, too. The sportsman who comes home after a hard day’s work with two braces of ruffed grouse in his game bag has not such an awful lot to show for his labor. But this is not at all a measure of the satisfaction he feels over his day’s sport. 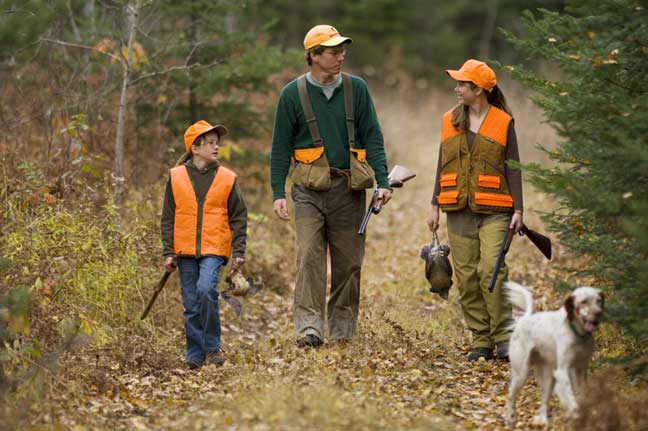 During the early fall months, the ruffed grouse like the big woods best and little thickets that skirt the heavy timberland. He will even leave the big woods and go to the little thickets out in the big open huckleberry pastures, but later, more particularly in December, he likes the alder swales that lead away from a swamp adjoining the woodland. Up and down these swales he travels—finding food to his taste. And then he is out of the wind in these deep swales, where there is usually plenty of low, thick underbrush, in which to hide. And then occasionally he likes to come out to the edge of the elders and take a sunbath. When disturbed, he runs up the swale to the big swamp, or else takes wing and flies there. In these alder swales, the sport of hunting these wary birds is most excellent, provided always that the sportsman is the fortunate owner of a dog which can play his part in the game.

The sportsman may walk on the hillside close to the swale so that he will be on a level with the tops of the alders. If his dog is suited to, the work, he will hunt up the swale, not far ahead of the shooter. If there are birds in the swale, he will soon know it and will make the fact manifest to the sportsman, so that he may be prepared on an instant’s notice to be ready to shoot.

In this kind of shooting the sportsman has ample warning, as a single ruffed grouse, rising to the alder tops from the dog’s point, makes a great fluttering as he comes straight up. As soon as he reaches the alder tops, he straightens away. It is just as he is making ready to start on his flight that he affords a fine shot. For a moment he is poised in the air; an easy shot. A moment later he is on his way at such a rate of speed that the sportsman must need to make haste to get him, or he would soon be out of gunshot.

In favorable weather, there is more satisfaction in making a small bag of ruffed grouse with a good dog than there is in bagging any other game bird in the land.